Off on the Frontier 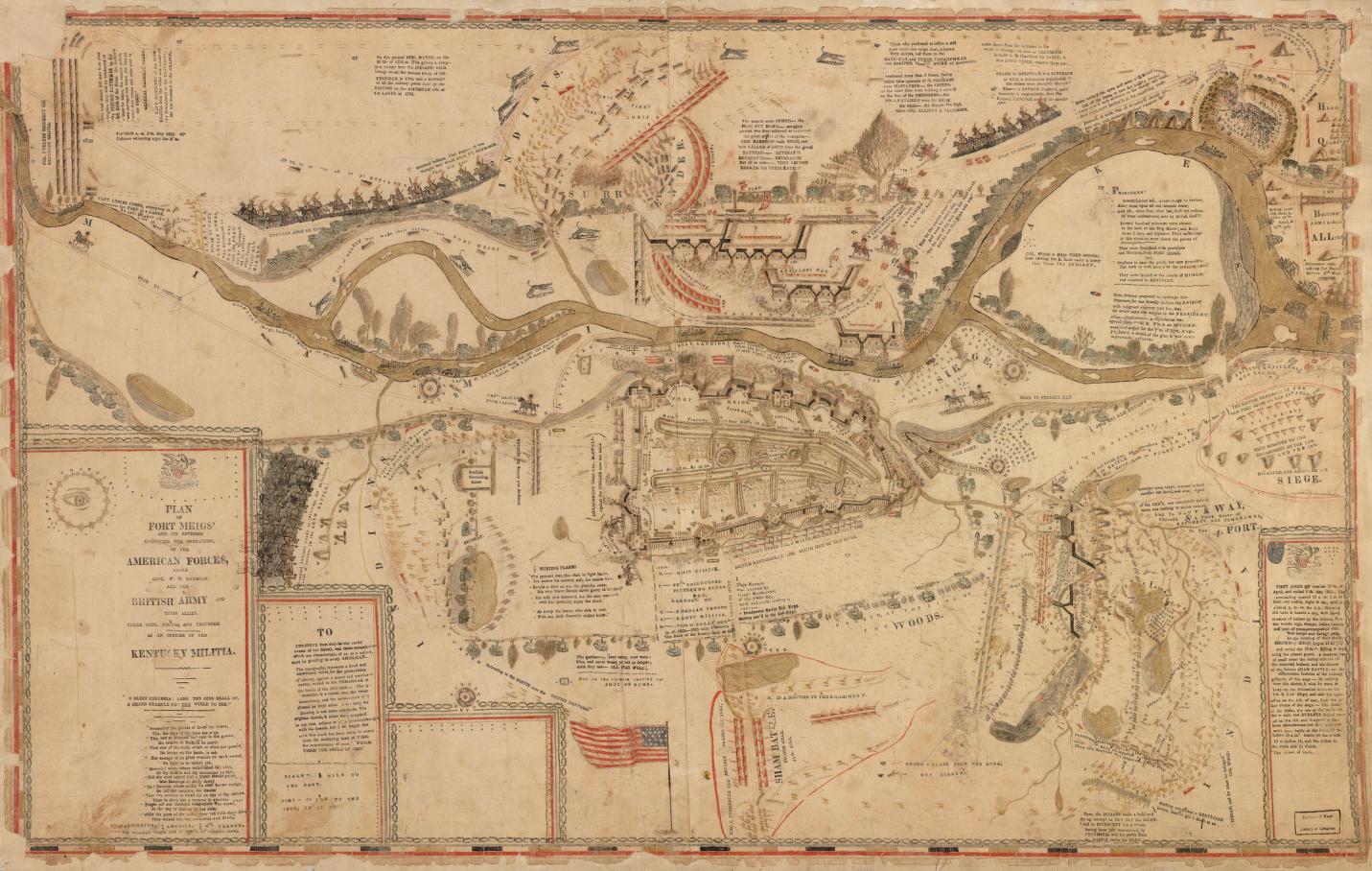 He bravely fought with Harrison,
And then o’er the foe a victory won,
And now he is the candidate
For Pennsylvania’s chair of state.
It will never do, &c.

Now Whigs, lets rally for the fight,
Our cause is just, our course is right,
In the locos’ ears when we shall sing,
We’ll make this chorus loudly ring —
It will never do, &c.

With Harry Clay, the tried and the true,
And Frelinghuysen and Markle too,
We’ll triumph o’er the locos soon,
But we’ll not forget this good old tune.
It will never do, &c.

This song refers to the First Siege of Fort Meigs (April/May 1813) in what is now Ohio but was then the Northwest Territory during the War of 1812.   Markle was present, as a very junior officer in charge of a company of mounted militia.  If he did any great deeds they were not recorded contemporaneously. Harrison was indeed in command.   This action counts as an American victory because, despite far greater numerical losses, at the end of the siege the US troops still held the fort while the British forces departed.

After his defeat Markle remained in politics for a short while and was one of the Electors (from the Electoral College) in 1848 who delivered Pennsylvania for the Whig candidate, Zachary Taylor.

1 Response to Off on the Frontier