The Klutz Book of Magic  includes props and can be considered a magic set all by itself.

In my opinion, the best magic sets are ones you make yourself.  Hand assembled with love.  You know your own child the best.

The biggest bang for your buck (and the longest lasting benefit) is books. Two books should be on your list:  Now You See It … Now You Don’t! by Bill Tarr and Big Magic for Little Hands by Joshua Jay.

Props:  a set of cups and balls (you know your budget best — these range from inexpensive plastic ones (and some big-name pros use the three-color inexpensive ones in their pro acts; e.g. David Regal) up to OMG three-figure prices. 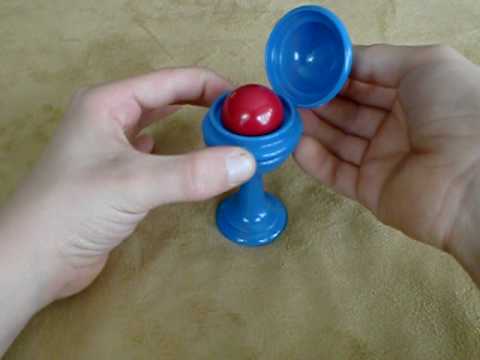 A ball vase.  Everyone loves a ball vase, especially someone who is going to grow up to be a magician.  Check the number of pros whose first trick was a ball vase, given to them by a dad or uncle at age six.  Just because it’s an inexpensive plastic thing that comes in every kiddie magic set doesn’t mean it isn’t good.  Ed Marlo had a ball vase routine.  I do Michael Skinner’s ball vase routine (which involves appearances, vanishes, penetrations, color changes, and ends with the ball vase in the spectator’s hands and examinable).

A Svengali Deck Consider an instructional video to go with it.

All of these are standard dealer items and available at any magic shop.

Ordinary coins and cards you can procure locally and as-needed.

More books:  consider Gotcha!: 18 Amazing Ways to Freak Out Your Friends by David Acer.  There’s a book, and matching DVD, called Wild About Harry by Rachel Colombini which features Harry-Potter-themed magic tricks.  The tricks vary in skill level, but nothing a sufficiently motivated young magician can’t master (e.g. a book test that proves beyond the shadow of a doubt that you’ve memorized the entirety of one of the Harry Potter volumes).

Also for the young …  Google on How To Make a Harry Potter Magic Wand to get a huge selection of instructional pages and videos (an excellent parent-and-child craft project opportunity).  An awful lot of magic involves arts-and-crafts.  This may be your first; it won’t be your last.

No matter what you do, download and read Under/Over by Joshua Jay from Vanishing Inc. It’s a free ebook (PDF format).

Find or make a nice wooden case that will fit everything, and there you go.

2 thoughts on “A Magic Set for a Young Person”